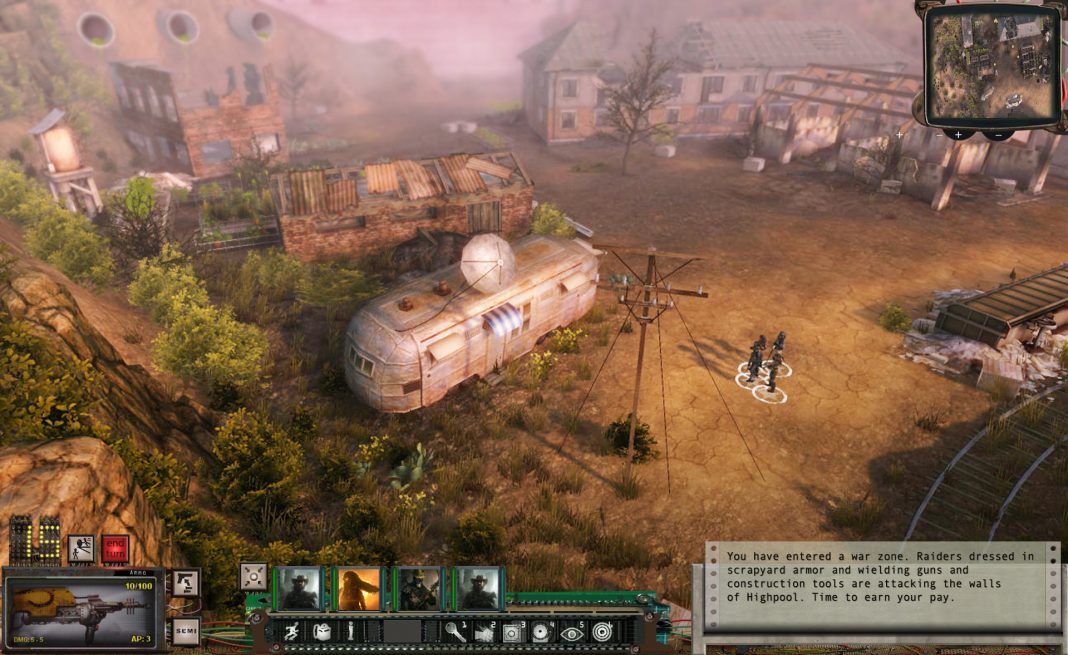 CHANGELOG: Patch 2 (58347) Release Notes
Wasteland 2 patch 2 is live on Steam! We will be deploying to other platforms shortly (GOG.com, Glyph, Origin) as their staff prepare and distribute the update.

Hotfix: We have released a new hotfix which fixed a performance degradation issue with the Very Large font size.

Hotfix 2: We have released a second hotfix which fixes an issue with being unable to move items between characters while using French and Russian languages.

– Large amount of memory optimizations, particularly with audio, to improve performance and stability on lower-spec systems and 32-bit operating systems.
– Fixed enemy “unlimited AP” movement bug that allowed them to sometimes move much farther than intended.
– Extensive improvements and fixes to California questlines, particularly in Hollywood and Griffith Park. May require you to load an older save file before Hollywood to fully benefit.
– Added a travel speed toggle to the world map, allowing you to zip and zoom around if you so please (doesn’t affect encounters, only travel speed).
– Custom portraits will now work correctly when Windows account username contains non-English characters.
– Added support for “Very Large” text.
– Added 50 messages to load screens containing gameplay hints and tips.
– Loading now continues when the game is tabbed out, and pauses after finishing.
– Further UI fixes and improvements, such as new and correctly used icons.
– Many localization updates and bug fixes across all languages.

– Capped move towards target for ranged AI by maximum movement range (this prevents enemies from moving too far in combat).
– Added a travel speed toggle on the world map. This new feature allows you to travel at approximately double speed to save time if you want to rush around the wasteland.
– Fix to prevent force attack from breaking when switching between normal and AoE weapons.
– Dismissing a CNPC via the character info menu will now transfer their inventory items to the party.
– Camera should now respect height field in combat to prevent “dips” and other issues when moving it around.
– Meson Cannon attack comes from the center of it, so you can’t hide under its barrel anymore.
– Fixed computers to not be active at start to prevent farming experience.
– Fixed some turning/facing oddities and bugs in combat.
– Lowered weight of rad suits to 1.0.
– Added camera pause when an NPC dies in combat.
– Added a new status effect for when you Animal Whisper a possum.
– It should no longer be possible to use Weaponsmithing before committing points in the skill.
– Adjusted tier 3 weapon drops to not have Meson Cannon drop at a higher rate than is intended.
– Fixed issue where some high level guards had too high of a critical hit chance.
– The encumbered status effect indicator will now be updated correctly if encumbrance is caused by a status effect that ends.
– Fixed improperly trying to unequip the primary weapon twice when being disarmed.
– Pain Relievers rank 3-6 take 4 AP to use now.
– Made Ag Center enemies immune to the Pod Infection.
– Removing a high capacity magazine now resets ammo count properly.
– Prevented suicide monks from exploding after a critical hit but not taking any damage. Would result in the enemy exploding in a giant explosion but still being alive.
– Set description of radiation suits level 3-6 to the display name.
– Now only teleport unconscious player characters to a combat square at the start of combat if they’re in the same combat bounds.

– Added 50 new loading screen tooltips (some languages may not be supported yet).
– Added support for “Very Large” text.
– Switching characters with the right/middle mouse button while dragging an item will now cancel the current drag.
– Dropping an item on the “junk” tab should no longer leave the item floating attached to the button.
– The HUD should work correctly at 4K resolution.
– The inventory should once again use position data.
– Made the options menu taller. More options at once! How could you not want that?
– AoE weapon ranges should now be displayed correctly in the item info menu.
– Equipped items will never show up in the inventory regardless of registry settings.
– Equipped items will never show up in the trade screen.
– Changed main menu buttons so that their colliders match the text. This helps prevent misclicks when starting the game and clicking through the movies quickly.
– Fixed low resolution character portraits in character creation.
– Custom portraits should load at full resolution again.
– Pressing the enter/return key on the load screen will now attempt to load the last selected saved game, or the last hovered saved game if none has been selected.
– Added bounds checking for the inventory grid.
– Permanent corpses with lootable items now display the loot cursor.
– Status effect tooltips should be resized correctly at different resolutions.
– Fixed sprite positioning on loot menus.
– Spamming the spacebar on the popup inventory menu should no longer result in a null reference exception.
– Skill points counter in character screen will no longer blink if there are no points available.
– Local map merchant icons should no longer be rotated.
– Inventory items should no longer be sized incorrectly when they are equipped, then dragged back to the inventory, then dragged to an invalid container.
– Slightly rearranged the combat initiative display to avoid overlap.
– Text tooltips should now resize correctly regardless of resolution.
– Added tooltips to the radio buttons.
– Tooltip now shows stat values for party as well as enemies.
– CNPC-owned items can no longer be sold via the “Sell All Junk” button.
– The Burning status effect will now use the burn icon.
– Improved the Leg Wound icon.
– Improved the Blood Loss icon.
– The range info area of the item info menu will now appear just below the description label.
– Switching character gender will now change the character to a default portrait.
– The world map HUD will no longer accept keyboard input while loading.
– Updated the Point of Interest component on all the companion prefabs so they’ll show up in the scene map.
– Fix bug with radio conversation calling EndRadioCommunication() prematurely allowing the next call to start before conversation ended and leaving the player locked in the conversation UI.
– Added Ranger name tooltips to inventory and trade portrait buttons.
– Enemy mouseover tooltips should now be correctly updated when keybindings change.
– The world map Point of Interest popup background should now correctly resize at different aspect ratios.
– The dismiss button in the character info menu is now disabled for unconscious CNPCs.
– Added another check to prevent dead NPCs from displaying the cover icon.
– Added or adjusted attachment points for underbarrel laser mod for some energy weapons and revolvers.
– Tutorial messages are now hidden during cutscenes.
– Pulled some shenanigans with junk flagging to make junk items appear (or not) usefully in the vendor screen.
– Fixed negative number printing when item is removed from player’s inventory.
– The current player character of a hotkey button is now controlled by the hotkey bar.

– Custom portraits will now work correctly when Windows account username contains non-English characters.
– The game will now load levels when focus is lost, and pause correctly after loading. This lets you tab out of the game during loading and tab back when finished.
– Audio is no longer stored in a scene file to help reduce memory use.
– Deleted unused motion blur plugin.
– The game will no longer automatically take a picture of a new character during character creation.
– Chisel’s Pickles are no longer flagged as partyNoDrop. This should prevent them from being incorrectly transferred to the party when he is removed.
– Gibbed NPCs don’t re-appear when returning to them from fog of war.
– Moved radio calls into their own audio controller.
– Fixed a portrait bug on OpenGL.
– Removed unused projector textures from world maps (saves about 100 MB).
– Set HUD, conversation and radio sounds to 80 kbps to reduce memory use.
– Set ambient sounds to 96 kbps to reduce memory use.
– World map pop up panels died too soon, taking some sound effects with them. Those sound effects have been moved to a longer-lived parent transform to prevent them from ending prematurely.
– Several UI sounds weren’t properly flagged as 2D. They are now!
– Optimized dressing room (the character paperdoll scene in character creation/inventory) a bit.
– Improved settings for the terrain on both Arizona and California. Should provide less texture popping at the cost of performance.
– Fixed memory leaks with speech bubbles.
– Can no longer spam quickload on world map.
– The player should no longer be able to open the character info screen while combat is starting.
– Fixed up progress bar tick tooltips a bit.
– Added SickDog_AliveLoop to AC_FeralDog, and added logic for dogs to switch between them.
– Fixed close sound effect bad timing on inventory window.
– Adjusted SSAO settings to be slightly better performing.
– Kathy Lawson now sounds like a female when she dies.
– Removed a bad sound from the UI.
– Clothing items had no sound category assigned; fixed.
– Unified sound effects on item move in trade screen.
– Pause menu close sound effect was childed to the pause window when it closed, killing it before it could play. Gave it a better parent.
– Improved sounds for the new world map movement buttons.
– Fixed inventory and navigation button hover sounds on world map interface.
– Adjusted headshot UI hover sound to be in line with others on the UI.
– We now play a sound effect when function/F keys are used during conversations.
– Usable skill items should now be usable on self if the player character has the associated status effect.
– Fixed sun bias setting that was causing shadows on characters to be separated.
– Fixed grenade having a white graphics artifact on it when equipped to a Ranger.
– Adjustment to camera position during transitions.

– Localization updates across all languages.
– Skill item tooltip instructions (i.e. “Right-click to use”) should now be capitalized correctly.
– Fix to correctly handle naked keyword (no <>) with label assignment, e.g. “Goodbye=Out”, so that it generates “Out” for the English text instead of “Goodbye=Out”.
– Changed “Ranger” to “Party Member” for Speaker Name of cmd.sayRanger.
– Additional improvements for localization output so additional strings can be properly localized.
– Updated fonts to include Korean character sets.
– Removed specific Korean font that was no longer used.
– Fixed bug that removed speaker name for party members.
– Cleared the PRETRANSLATED_MARK from keybinding display text.
– Changed the ammo display name setup to use localization-friendly TextBuilder.
– Removed erroneous localization tags (!<@>) from a number of strings.
– Added a real line for Lexcanium’s rejoin.
– Added a less insulting snarky message when setting off a perceived trap.
– Fixed misspelling of “Tooltip”.
– Fixed misspelling of “HoneyDew Lewis”.
– Fixed several instances of “desert Rangers” vs. “Desert Rangers”.
– Fixed Empty Sludge Container grammatical issue.
– Fixed “ordinance” -> “ordnance” typo.
– Fixed missing space in various “PoleAxe” strings.
– Fixed “Cannibal” -> “Cannibals” typo.
– Fixed missing word in several copies of a string, making it the same as another correct existing string, so no new string generated.

– CNPCs should now correctly have text in the epilogue when they sacrifice themselves.
– Added an epilogue for Hopi/Magee in Damonta.
– Fixed some names of locations for epilogue.
– Fixed logic issue with Rodia if you killed Virgil and he’s mentioned in the epilogue. 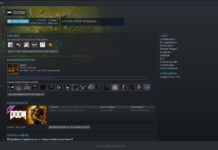 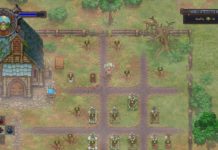 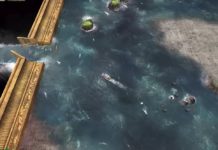 Life is Strange: Before the Storm – Das Prequel zum Erfolgstitel

Life is Strange: Before the Storm – Das Prequel zum Erfolgstitel